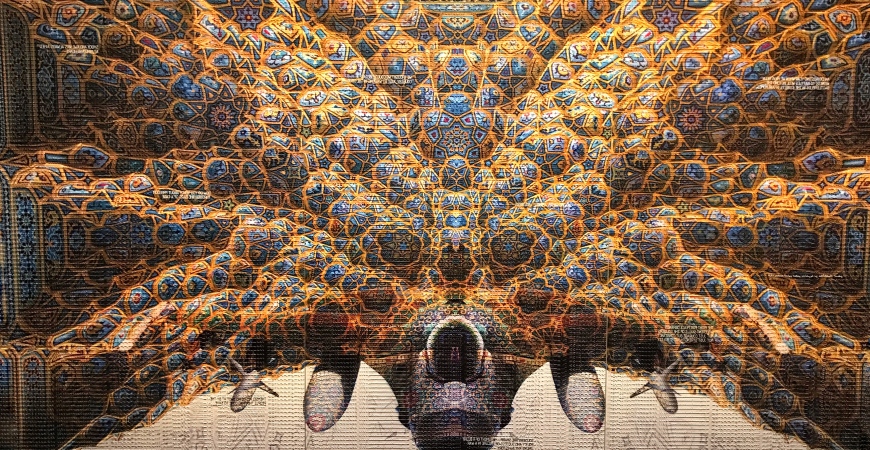 Do yourself a favour, go see a point of view from Saudi Arabia that’s mainly ignored by the media these days. Pause by Abdulnasser Gharem is at LACMA. Rush to it before it closes on July 2, 2017. Here is why… September 11, 2001 changed the world as we knew it, for all of us. And here it is, creeping in, the “us” which goes with, or rather against, “them”. The self-perpetuating lack of understanding feeding only more violence. That knee-jerk reaction of protecting ourselves by closing off when we are in a state of shock and feeling under attack. We can’t begin to understand what happened and is still going on to this day… Don’t you wish we could hit Rewind and Stop? Erasing the bad dream… Instead, hit Pause at LACMA and look intently at Abdulnasser Gharem ‘ s powerful perspective. Gharem is from Saudi Arabia. He is a Muslim, an Arab, a lieutenant colonel in the Saudi army and he discovered that two of the 9/11 hijackers were old classmates.