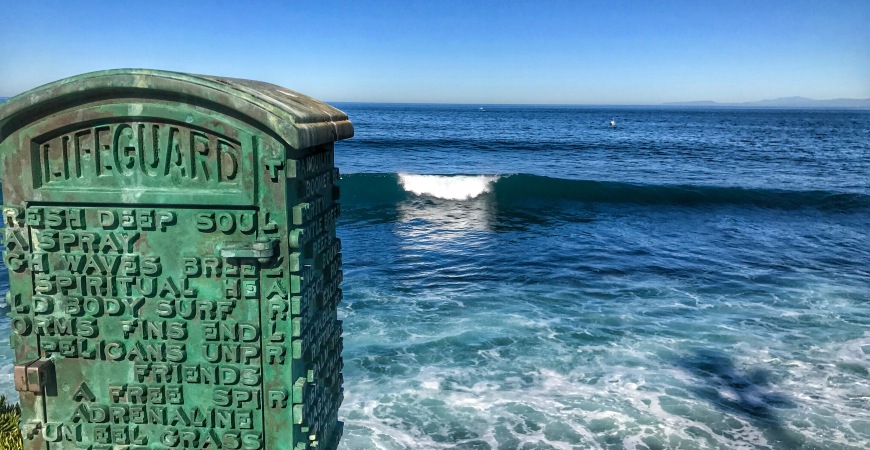 Hokusai’s Great Wave off Kanagawa (1830) has been on my mind a lot recently.

As a print, it’s widely owned by museums around the world as about 5000 copies would have been made from the original color woodblock. Yet, it’s rarely displayed because prolonged exposure to light can too easily fade its contrasting Prussian blue and indigo. It’s so iconic and recognizable but most of us would know it from cheap reproductions, so how closely have you looked at its many subtle variations? 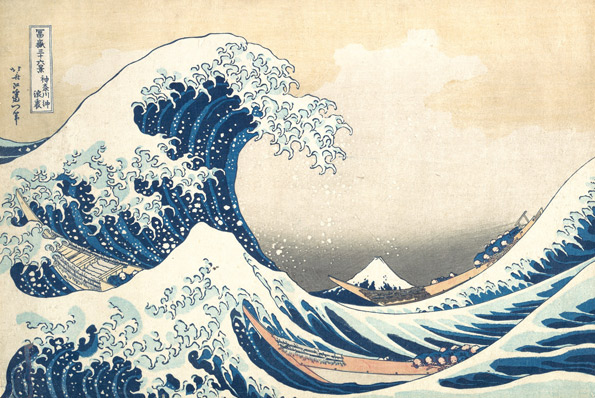 The Great Wave is an unmistakably Japanese image, charged with the uncertainty that Japan would have faced as it was forced out of its self-imposed 200 years of isolationism by the battleships of US Commodore Perry. Fast forward to our daily dose of news from the world and The Great Wave keeps on resonating, bringing to mind the force experienced in the surf as one wave retreats and the next one crests.

Processing my feelings through the filter of Art helps me put things in perspective. Think about it. When you’re looking at the Great Wave, as viewer you are also in a boat! And here, Hokusai provides a canvas of universal appeal for everybody to lay down their big (or small) fears and take away the necessary serenity to keep going.

Photo from the British Museum Collection

Under the Wave off Kanagawa, from the series Thirty-six Views of Mt Fuji, Hokusai, 1831, photo from the British Museum Collection

Like the dwarfed fishermen facing the giant and menacing wave, I am absolutely terrified about my second 2017 resolution but I can see my aim as clearly as eternal Mount Fuji.

My Mount Fuji this year will be to run a marathon… 26.2 miles…42.16 kilometers. I really should insert a picture of Munch’s The Scream here!

As in Hokusai’s Great Wave, my goal is both close and far: training is a healthy discipline yet how ready I feel keeps receding away each time I have a day “without” (meaning a day when I hate the hills!).

Japanese people read Hokusai’s print from right to left (opposite to how I have been brought up) so how ironic that my eye first goes to the serrated and sharp edges of the wave visible at right? Clearly, I am scared of the distance and the pain that running a marathon involves.

Katsushika Hokusai, Under the Wave off Kanagawa , also known as the Great Wave, from the series “Thirty-six Views of Mount Fuji “, c. 1830/33, photo Art Institute of Chicago

But then looking at the frothy little hands terminating the foaming curling wave, I understand, much like the helpless fishermen in the boats, that I have to embrace the challenge and enjoy the eery calm that only a situation you have no control over can bring.

Look at the pretty spray coming off the wave like “snowflakes” falling on Mount Fuji? I am lucky to know running can be that beautiful too.

So here is my resolution: I will keep having fun running – since I can doodle my routes in the shape of a heart while listening to Art History books – I will avoid getting injured during training and I will complete a marathon in 2017. In that order. 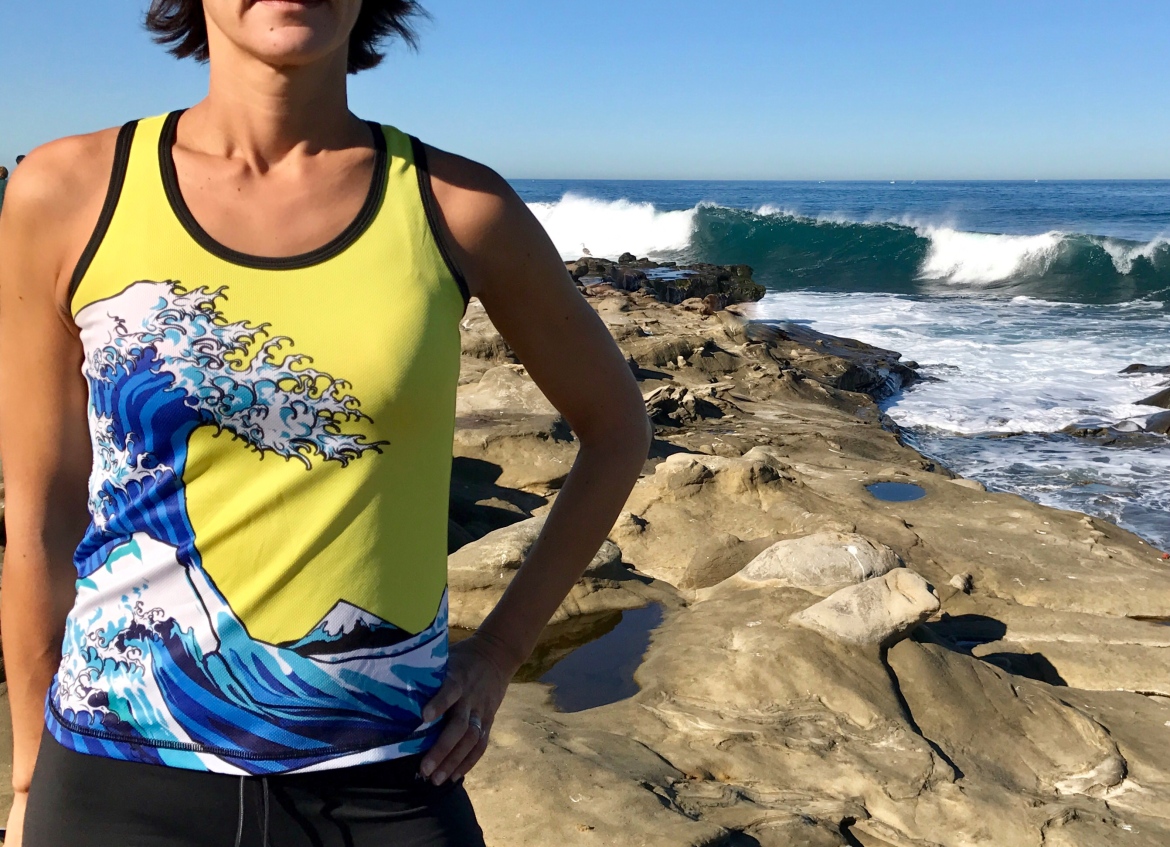 I already have the shirt to go with it, so what’s the worst that can happen??

If you’d like to reflect on Hokusai’s Great Wave off Kanagawa, the MET in New York, the Art Institute of Chicago, LACMA in Los Angeles and Monet’s house in Giverny all own a copy. It’s rarely on view so always check their websites before going.

Photo from the British Museum Collection

Photo from The British Museum

The British Museum owns three prints, including an early impression with paler grey sky and a later one with dark sky, a result from the woodblock wearing out. They have not been exhibited since 2011. So what a treat that Hokusai will be the subject of a large retrospective running from May 25, 2017 till August 13, 2017.

I would love to read how YOU feel looking at The Great Wave, so please use the blog comment box, follow it for a weekly email or even share it so that we all work on vanquishing our fears.

Acknowledgements: I would like to blame my husband and my friend Sara for getting me into running 5.5 years ago, my friend Nina who put into my head “Make every mile count” and marathoner David (met in Cuba) without whom this resolution would have never seen the light of day.